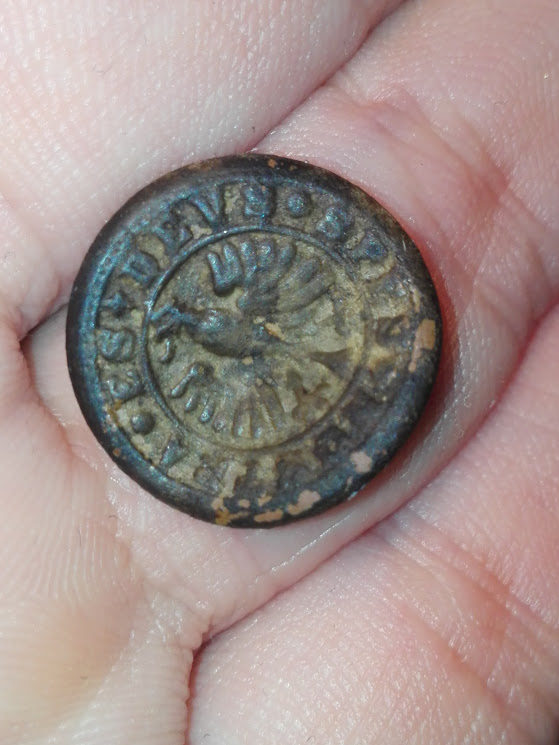 By: history
In: Buttons

Hessians /ˈhɛʃən/[1] were the 18th century German auxiliaries contracted for military service by the British government, which found it easier to borrow money to pay for their service than to recruit its own soldiers.[2] They took their name from the German state of Hesse-Kassel. The British hired Hessian troops for combat duty in several eighteenth century conflicts, but they are most widely associated with combat operations in the American Revolutionary War (1775–1783).

About 30,000 German soldiers fought for the British during the American Revolutionary War, making up a quarter of the troops the British sent to America.[3] They entered the British service as entire units, fighting under their own German flags, commanded by their usual officers, and wearing their existing uniforms. The largest contingent came from the state of Hesse, which supplied about 40% of the German troops who fought for the British. The large number of troops from Hesse-Kassel led to the use of the term Hessians to refer to all German troops fighting on the British side, a form of synecdoche. The others were rented from other small German states.

During the American Revolutionary War, Landgrave Frederick II of Hesse-Kassel and other German princes hired out some of their regular army units to Great Britain for use to fight against the rebels in the American revolution. Of 30,067 German troops leased by Great Britain, 12,992 were supplied by Hesse-Kassel.[citation needed] They came not as individuals but in entire units with their usual uniforms, flags, equipment, and officers.

Hesse-Kassel like most of the other German principalities still had serfdom. Once these troops entered British territory, where serfdom was illegal, they were still bound by military code. Their officers were for the most part the upper stratum of society. The only ways a Hessian regular soldier could become a free man under these circumstances were desertion or capture. Serfdom was only abolished in Hesse-Kassel in 1806 by Napoleon Bonaparte.

Image of Hessian hussars in America

Hessian troops included jägers, hussars, three artillery companies, and four battalions of grenadiers. Most of the infantry were chasseurs (sharpshooters), musketeers, and fusiliers. Line infantry were armed with muskets, while the Hessian artillery used three-pounder cannon. The elite Jäger battalions used the büchse, a short, large-caliber rifle well-suited to woodland combat. Initially the average regiment was made up of 500 to 600 men. Later in the war, the regiments had only 300 to 400 men.[citation needed]

The first Hessian troops to arrive in North America landed at Staten Island in New York on August 15, 1776. Their first engagement was in the Battle of Long Island. The Hessians fought in almost every battle, although after 1777, the British used them mainly as garrison and patrol troops. An assortment of Hessians fought in the battles and campaigns in the southern states during 1778–80 (including Guilford Courthouse), and two regiments fought at the Siege of Yorktown in 1781. 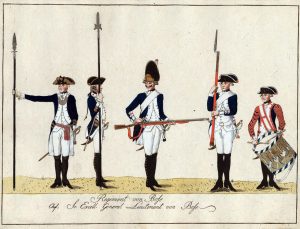 Americans, both Rebel and Tory, often feared the Hessians, believing them to be rapacious and brutal mercenaries. Meanwhile, Hessian diaries frequently express disapproval of the British troops’ conduct towards the colonists, including the destruction of property and the occasional execution of prisoners, the latter being doubly upsetting when American Germans were among them.[7]

The British common soldiers, in a similar fashion to the Americans, distrusted the primarily German-speaking Hessians and hence, despite their strong military performance, often treated them with contempt.
Source: Wikipedia

Comments are closed, but trackbacks and pingbacks are open. 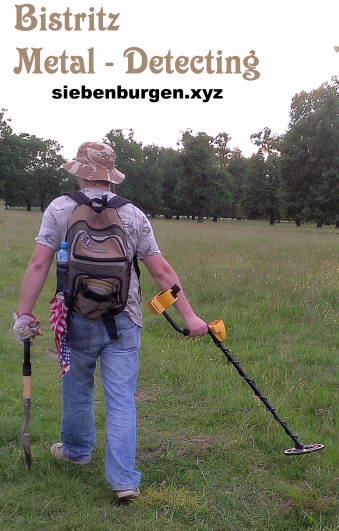